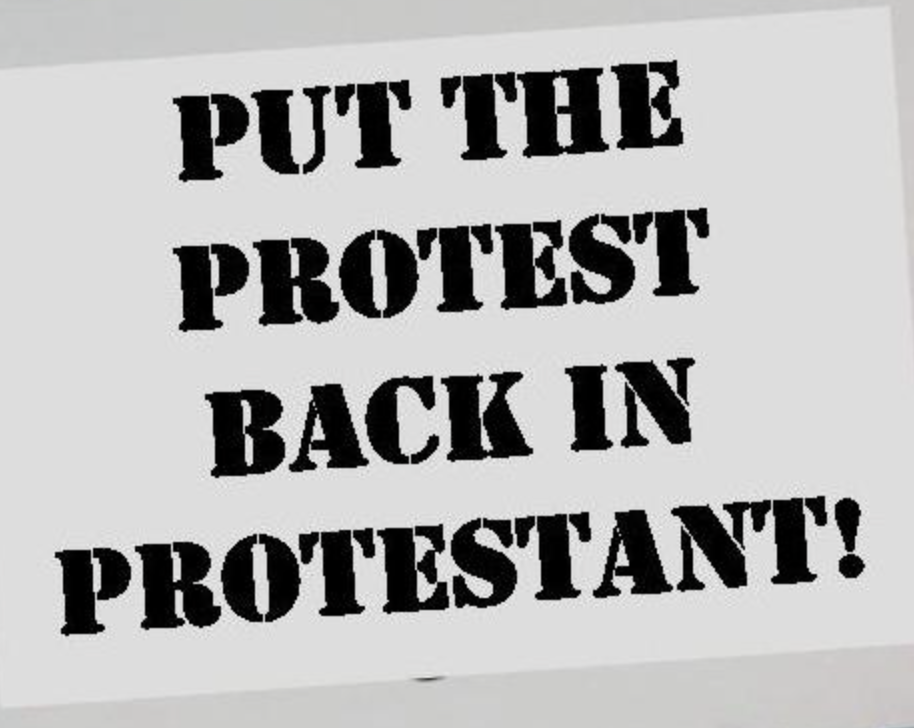 How do we handle our holy disgruntlement? Protest is the basis of the PROTESTant reformation of the 16th century. God is bringing a resembling reformation of shifting attention and focus away from the ministry elite into the hands of “common Christians”. These are those who have allowed their hearts to be drawn into places of deep relationship with God where he not only has our attention but truly has our affection as we learn to walk with him in an attitude of confidence and faith.

What concerns us is a clue to our call. Concerns with the church of our generation must never become complaints. The enemy’s plan is to sift concerns into complaints leaving us making a point rather than making a difference. It’s easier to make a point than it is to make a difference because lazy complaining requires so much less than answering the call to bring about change. God desires change and this is why He is awakening a holy disgruntlement in the church of our generation. We are believing for church leaders to be awakened to this and to cooperate with it effectively!

Zechariah 10 and 11 speaks of a day when God himself will rescue his people and become the Good Shepherd in the place of self-serving leaders.

Zech 10:2 reveals how God’s people lost their way because of “the uttering of nonsense, false dreams and empty consolation.” As a result, God’s people wander like sheep that are afflicted for lack of a shepherd.

Zech 11:5 speaks of self-serving shepherds who sell the sheep and say Blessed be the Lord, I have become rich having no compassion on them.

This is a season where God is dealing with shallow shepherds who send starving sheep into battle as a result of spiritual neglect.

Hope is found in the unified embrace of the Lord who is our shepherd together in an attitude of humility and relational enrichment. Unity and an increasing awareness of God’s presence will empower the church to rise up in great strength and victory.

Zech 10:4 From Him shall come the cornerstone, from him the tent peg, from him the battle bow, from him every ruler – all of them together. They shall be like mighty men in battle trampling the foe in the mud of the streets; they shall fight because the Lord is with them. ESV

Zech 10:7-8 …their children shall see it and be glad: their hearts shall rejoice in the Lord. I will whistle for them and gather them in, for I have redeemed them… ESV

The lives of many reformers hang in the balance and the same spirit of antichrist that was attempting to take the life of Moses and the life of Jesus is attempting to take the lives of those God is raising up for a mighty reformation. Sons and daughters are a vital part of what God is doing in this next season of the church. This not only deals with the physical lives of these sons and daughters but it deals with their spiritual lives as well.

There has been a shift from the season of Moses into the season of Joshua. This moves God’s people from a focus on what leaders are doing to a focus of what God is doing. No longer will the waters be parted for all to see before they cross over. Now it will require faith as you walk into the flood stage waters. Those who are willing to experience the shift of balance taking a step of uncertainty will see the waters part before them one step at a time. God is awakening a true reliance upon him that is born from humility and unity in the faith.

Lord would you help us all to be awakened to what you’re doing in this hour.