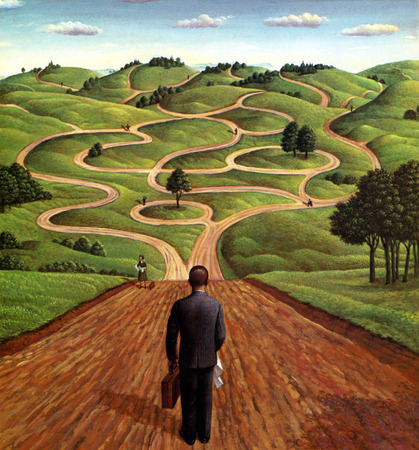 “We’re all on a journey just trying to find our way” has become one of my most common statements over the past decade. Clearly none of us have life all figured out and the willingness to be in touch with our weakness is the prerequisite to experience God’s grace.

I’m fascinated by the perpetual pattern of God’s grace, man’s failure and God’s grace over and over in Scripture. This morning as I was reading in Nehemiah I found another portion of Scripture that so clearly portrays this very common progression that is all too familiar to us all.

Nehemiah 9:7-33 You are the Lord God, who chose Abram…You saw the affliction of our fathers in Egypt and heard their cry by the Red Sea. You showed signs and wonders against Pharaoh..You came down also on Mount Sinai and spoke with them from heaven…Forty years You sustained them in the wilderness. They lacked nothing. Their clothes did not wear out…You gave them kingdoms and nations…You subdued before them the inhabitants of the land…and gave them into their hands…nevertheless they were disobedient and rebelled against you…and in the time of trouble when they cried to you, you heard from heaven…But after they had rest, they again did evil before you…yet when they returned and cried out to you, yhou heard from heaven and many times you delivered them…yet they acted proudly and did not heed your commandments but sinned against your judgments…for many years you had patience with them…yet they would not listen…in your great mercy you did not utterly consume them nor forsake them for you are God, gracious and merciful…You are just for you have dealt faithfully, but we have done wickedly. NKJV

As embarrassing as it is to admit it this story illustrates the point. My bathtub was clogged and I’d been working for more than 30 minutes trying to get the tub to drain after my shower had gathered several inches of water. I had liquid-draino that I poured into the drain and was forcing that plunger down and up as violently as I could. Having just had a shower now I’d worked up a sweat!

Walking through the house searching for more ideas I noticed a plumber working across the street. Quickly I dashed over to inquire what it would cost hoping for a discount since he was already so close. $90 was his quote as he realized I was in need so shortly he made his way into our home.

Standing behind me he watched as I plunged. Then he simply said, “excuse me” and reached past me to flip the lever that allows the tub to drain. That suction noise was almost sudden as it swirled and drained immediately. I looked at him and he just said two words, “Nice swirl.” Humiliated and embarrassed about the entire ordeal yet I was relieved because the problem was solved.

We’ve all had those moments when we are watching somebody do something and we take over because they aren’t getting it done. Largely I believe this is the way it happened with God as he sent Jesus to do what none of us could accomplish.

Heb 6:13-20 For when God made a promise to Abraham, because He could swear by no one greater, He swore by Himself…This hope we have as an anchor of the soul…Jesus, having become High Priest forever according to the order of Melchizedek. NKJV

God’s promise to Abraham was fulfilled in Jesus Christ. God, watching humanity, in this vicious cycle of sin and desperation leading to restoration, which resulted in sin and desperation had to be interrupted. It is as if God said, “excuse me” as he stepped past our inadequacy and flipped the lever.

God extended the promise and fulfilled the covenant by sending Christ. In essence God did what man could not do by becoming man and entering into covenant with himself. In his grace he has included us to participate in this unbreakable union ensuring God’s promises to ultimately be fulfilled within us.

He has already provided everything we need for true life. Our response determines his reach into our lives and into the world around us.