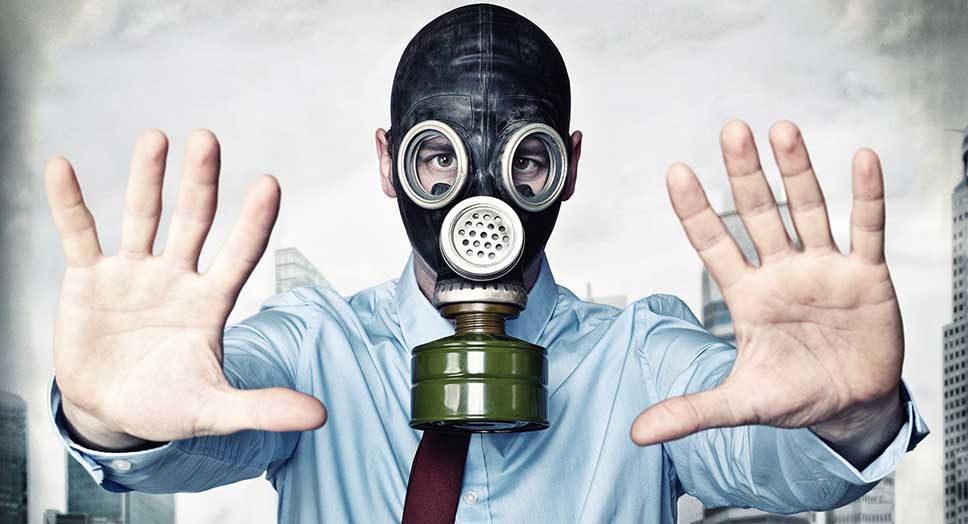 Toxic, angry religious people have always been a constant issue needing to be dealt with throughout the Old Testament and the New. This pastoral counsel to Titus is just one of many places the Bible speaks to this important issue.

Titus 2:10-13 For there are many insubordinate, both idle talkers and deceivers, especially those of the circumcision, 11 whose mouths must be stopped…Therefore rebuke them sharply, that they may be sound in the faith NKJV

Titus 2:15 Speak these things, exhort, and rebuke with all authority. Let no one despise you. NKJV

Interestingly Titus goes on to show how kindness and good works are at the core of our truly transforming Gospel.

Titus 3:3-10 3 For we ourselves were also once foolish, disobedient, deceived, serving various lusts and pleasures, living in malice and envy, hateful and hating one another. 4 But when the kindness and the love of God our Savior toward man appeared, 5 not by works of righteousness which we have done, but according to His mercy He saved us, through the washing of regeneration and renewing of the Holy Spirit, 6 whom He poured out on us abundantly through Jesus Christ our Savior, 7 that having been justified by His grace we should become heirs according to the hope of eternal life. 8 This is a faithful saying, and these things I want you to affirm constantly, that those who have believed in God should be careful to maintain good works. These things are good and profitable to men. 9 But avoid foolish disputes, genealogies, contentions, and strivings about the law; for they are unprofitable and useless. 10 Reject a divisive man after the first and second admonition. NKJV

After the discussion of kindness we go back into how to deal with an unkind and divisive person who is unwilling to respond to loving correction. If we don’t deal with this issue we allow our churches to be filled with angry religious people and our Gospel begins to be reduced to expressions of angry truth rather than the loving kindness of God’s heart. It’s the kindness of the Lord that leads us to repentance (Titus 3:4) A gospel that lacks kindness is a gospel that will lack repentance. Angry religious people are possibly our most consistent challenge in the church world.

Rom 16:17 Now I urge you, brethren, note those who cause divisions and offenses, contrary to the doctrine which you learned, and avoid them. NKJV

Numbers 13:30 Then Caleb silenced the people before Moses and said, “We should go up and take possession of the land, for we can certainly do it.”

Remember Titus 2:11-13 their mouths must be stopped…Therefore rebuke them sharply, that they may be sound in the faith. NKJV

Don’t take 5 years or even 5 months to have a conversation you should have taken 5 minutes to have. It must be done in love but leaving them to themselves is leaving them to a spiritual cancer that will ultimately destroy them as well as those around them.

Jesus clearly said it is a problem if we avoid conflict trying to get everybody to like us: Luke 6:26 Woe to you when all men speak well of you… NIV

We are not called to cultivate world peace but rather to expand God’s Kingdom by declaring God’s Word. This lifts up Jesus and the spirit of the antichrist is in the world battling against us.

Those sifted into immature attitudes of bitterness, anger and unforgiveness will be used as a tool in the hand of satan. Never forget they are merely a tool controlled by satan and our battle is not against flesh and blood. Have grace and mercy on them as they are being manipulated by the devil and their very life is being destroyed by their own consent.

Jesus was so hated he was crucified. He was betrayed and denied by those he was closest to in life.

We must purpose to identify with our purpose more than our pain.

Pathway to purpose is always filled with pain. Focusing on purpose will push you through the pain.

If you want to avoid falling under criticism just hide from your critics and never try to walk on the ice. Playing it safe and being careful not to do anything will help you never to be noticed. If you don’t say anything and don’t do anything then you won’t be anything anybody looks at or criticizes. The problem is that you were born for something so settling for nothing will be unbearably worse than being criticized.

Recently I made a statement to our team as we looked at the extremely busy six weeks ahead, “Motion produces friction.” This was my way of preparing everybody to realize that the more motion we have in many directions the more likely it will be that we experience frustration with each other as a church family.

We’ve endearingly referenced a phrase in the past that reminds us how much we value being a church family that is constantly on the go. The phrase, “poop in the manger”. Proverbs addresses this as it references the value of a clean manger comparing to the greater value of having an ox even though you have to clean up the crap that comes with it.

Prov 14:4 Where no oxen are, the manger is clean, but much increase {comes} by the strength of ox. NAS

It’s just not worth it to have a clean manger if nobody is being changed and fruitfulness is not the norm. Beware, if you decide to take the risk of making an impact there will be critics who will notice your motion. Once you make motion you’ll get attention and not all of it will be good.

If you forget that it’s not about you then you will crumble under criticism. If you are going to call the shots you are going to take the shots. The most blessed leaders WILL be criticized and many times that criticism comes from believers rather than unbelievers.

“Any fool can criticize, condemn & complain – and most fools do.” ~Benjamin Franklin

Here is a six minute video we have played for various leadership forums to help address this very important issue.