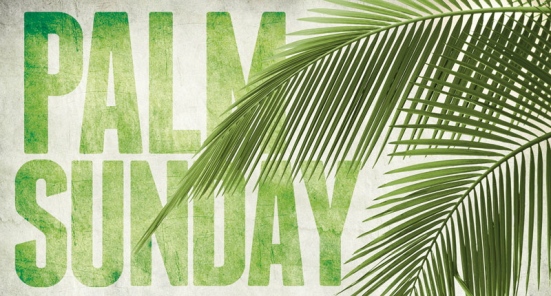 The Sunday before Passover in 32 AD on April 6th King Jesus made his Triumphal Entry into Jerusalem riding a donkey on Palm Sunday. Crowds greeted him waving palm branches shouting, “Hosanna to the Son of David” and “Blessed is he who comes in the name of the Lord” honoring him as their long-awaited Messiah and King.

The fact that Jesus was appearing the Sunday before Passover is significant. This was the very day that the Jews were to choose their unblemished Passover lambs to prepare to celebrate The Passover. Passover is the celebration of when God delivered the people from the bondage of Egypt. Many times we’ve looked at the parallel of coming out of Egypt speaking of salvation from the world’s system that we celebrate today.

On that Palm Sunday in 32 AD it was as if God was presenting His Passover Lamb to the world to deliver all people from the bondage of the world’s system of sin. Your confidence in who Christ is produces a strength in your life and in the lives of your children. As you serve the Lord and study his Word you contribute to that confidence and legacy for the next generation.

Dan 9:24-25 reveals a prophecy that specifically states that one day there would be a command given to rebuild Jerusalem. Upon the giving of that command the prophecy states that it would be 483 years until the Anointed One appears, speaking of Jesus the Messiah. Note that according to Noah’s account there were 360 days in a year and the Jews referenced this as a sacred year. 483 sacred years totals 173,880 days.

We see a mysterious equation being revealed in Scripture here that can produce great confidence in the authenticity of Scripture and of Christ as The Messiah. If we can determine when that command was given and then add 173,880 days to that date we can determine if anything significant happened on that day.

Ezra 7:12-13 gives us the account of this command being given by Artaxerxes on March 14th 445 BC. It substantiates great respect and credibility of God’s Word and of Jesus Christ to see the Messiah revealed 173,880 days after this date.

April 6th, 32 AD, Palm Sunday, Jesus rode into Jerusalem in humility riding on a donkey. One day Jesus will return in power riding on a horse. Until then our mandate is to selflessly share the love of Christ with humility and compassion for all humanity.