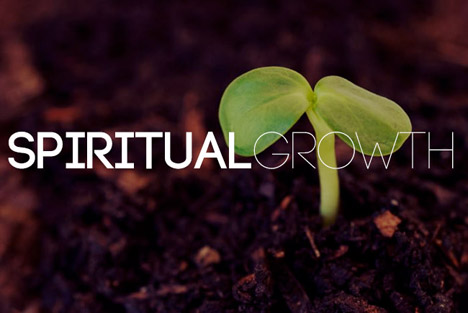 Letting go of our past mistakes and failures is such an important part of moving forward in life. None of us have been all we should be as fathers. Let’s make most of our next season realizing we can never be a great example until we stop striving to be a perfect example. Jesus reserves the only right of the perfect example. It was Adam and Eve’s pursuit of perfection that brought the Fall of humanity. Relax and let God manage your mistakes as teaching points to you and your world.

In 2 Sam 11 we read where David sinned with Bathsheba and then murdered her husband, Uriah, who was his own faithful servant. No question David was guilty of terrible sin. It’s very intriguing to me how David could move on with his life and eleven chapters later in life write the following:

2 Sam 22:21-25 The LORD rewarded me for doing right; he compensated me because of my innocence. For I have kept the ways of the LORD; I have not turned from my God to follow evil…

I have never abandoned his principles. I am blameless before God; I have kept myself from sin. The LORD rewarded me for doing right, because of my innocence in his sight. NIV

David figured out that his past could only hold him captive if he continued to dwell there. David was able to accept God’s grace and move on with a forgiven perspective. This is vital to our future and can only happen if we develop a steady passion for God’s Word just as David demonstrated throughout his writings of Psalms. God’s Word has the power to transform you into the person God’s called you to be. This transformation is a process of maturity from infancy to fatherhood.

Aging is inevitable. Maturing is optional. We must make the choice to mature and grow in our faith and in our relationship with Christ.

Heb 5:12-14 …By this time you ought to be teachers, you need someone to teach you the elementary truths of God’s word all over again. You need milk, not solid food! Anyone who lives on milk, being still an infant, is not acquainted with the teaching about righteousness. solid food is for the mature, who by constant use have trained themselves to distinguish good from evil. NIV

1 Cor 3:1-3 Brothers, I could not address you as spiritual but as worldly–mere infants in Christ. 2 I gave you milk, not solid food, for you were not yet ready for it. Indeed, you are still not ready. 3 You are still worldly. For since there is jealousy and quarreling among you, are you not worldly? Are you not acting like mere men? (NIV)

The Greek word used in this text for “infants” is “NEPIOS” and it means, “Immature, simple-minded infant.” Infants need a lot of attention and if they don’t get a lot of attention they wine and cry so everybody knows it. Infants also must be supervised closely because they’ll put anything in their mouths. This person will take in any doctrine or teaching that comes there way and become disoriented and confused spiritually.

1 Cor 14:20 Brothers, stop thinking like children. In regard to evil be infants, but in your thinking be adults. NIV

The Greek word used in this text for “children” is “PAIDON” and it speaks of a very young child. Young children discover their will and lack of patience. Video games can captivate this person and control their schedule keeping them from mature activities that demonstrate genuine love and concern for others.

Gal 4:19 My dear children, for whom I am again in the pains of childbirth until Christ is formed in you. NIV

The Greek word in this text for “children” is “TEKNION”. Though this also translates as “children” it’s not the same Greek word referenced previously in 1 Cor 14:20. This word speaks more of a teenager that is acting like a young child but should be an adult. This person is capable of acting like an adult but doesn’t always do so. Small things become life and death issues and vision tends to be very small. This is a common stage of maturity to determine that you know everything so you reject fathers and mentors for a season as you begin making your own decisions. Maturity will bring you back to fathers and mentors at a later time if you wake up to the realization that you were being naïve and ignorant.

When a band of brothers abandon fathers they’ve gone astray!

The Greek word here for “sons” is “HUIOS”. This speaks of a mature adult son. This person can be trusted to handle responsibility. Decisions at this stage are influenced by the Spirit and the Word rather than emotion. Transition to this stage is normally a decision to let go of childish things and move on to greater things. Next level peers are a major part of this decision.

1 Cor 4:15-16 “…for in Christ Jesus I became your father through the gospel. Therefore I urge you to imitate me.” NIV

The Greek word here for “father” is “PATER” and speaks of one who nourishes, protects and mentors. This person is devoted to God’s desires in his own life and in the lives of others.

During this season as men are gathering at 5:22am to seek God together on Tuesdays we are inviting everybody to focus on the four things we are giving ourselves to in order to grow deeper in Christ.

Phil 3:10 my determined purpose is that I may know Him that I may progressively become more deeply & intimately acquainted w Him AMP

Isa 54:13 All your sons will be taught by the LORD, and great will be your children’s peace.