If you try to live for the approval of others you’ll always be stressed out for fear of being discovered. Just relax and you’ll be revealed correctly. Fake people aren’t real and real people aren’t fake. You’re not an accident and you are not an experiment. You are an assignment from God. Something God wanted done makes you necessry!

“Moros” – God is looking for morons! “God doesn’t love us because we are valuable. We are valuable because God loves us.” ~Martin Luther

You can never be a great example until you stop trying to be a pefect example. The original sin of mankind was the pursuit of perfection. If you are going to be effective you have to be authentic. God’s love in our messed up lives is the message of Gospel

Jesus is the MESSiah! His mom was pregnant before she got married. He had a grandma, Rahab, in his family line that was a prostitute. He had a grandpa, David, in his family line that had an affair and tried to cover it up by murdering a trusted friend. Jesus family was a message and God saw it fit to post this in plain view for everybody to see. This is one thing that completely sets Christianity apart from every other religion in the history of the world. All other religions shelter the mistakes of their heros.

The good news is that God uses dysfunctional people! Don’t let issues be your excuses. The patriarchs of our faith are born from agruablyh the most dysfunctional family in the history of the world. Jacob loved Rachel so he worked for seven years to earn her hand in marriage. Once he finished his labor of love her father, Laban, changed the rules and required him to first take the older and less attractive daughter named Leah. To gain the woman he truly loved he would be required to work another seven years. It does appear that there was some kind of an installment plan worked out because suddenly they’re all together.

Imagine the tension in the family. Leah must have felt unwanted and unloved and she expressed this by naming her first child Reuben meaning, “He has seen my misery!” She became pregnant again and felt rewarded by God as she named this child Simeon meaning, He has heard my cry!” The third and fourth children came through Leah as well and she named them Levi and Judah. Levi means, “attached” and she said in Scripture, “at last my husband will be attached to me.” Judah means, “praise” as she was praising God in her delight to have a score of four while Rachel had zero.

Rachel was obviously very unhappy about this so she invited her maid, Bilhah, into the bedroom with her husband who conceived. She named this child, “Dan” meaning “vindicated” declaring God has vindicated me! Bilhah conceived again and Rachel named this child “Naphtali” meaining, “struggle” declaring I have struggled with my sister and won!

Well now Leah was outnumbered and she wasn’t going to have that so she introduced her maid, Zilpah, into her Jacob’s bedroom as well and she conceived the next two sons, Gad and Asher. Gad means, “good fortune” and Asher means, “happy” as she was declaring what good fortune I’ve had and how happy I am to still be ahead!

Then Leah became pregnant with the next two sons naming them Issachar and Zebulun meaning, “reward” and “honor”. She was simply declaring for all to hear for the rest of her children’s lives that God had rewarded and honored her above her more attractive sister.

Finally Rachel had a child and she named him Joseph which means, “add” declaring, “may he add to my life.” Her life was more complete now that she had given the love of her life a son especially knowing that she was the true love of his life. The 12th son came along and in the midst of child birth Rachel would breath her last breath. Before dying she spoke his name as Ben Oni, “son of trouble” declaring in child birth there was trouble and lost her life.

However, Jacob stepped in calling him Benjamin meaning, “son of my right hand.” It’s curiously interesting that each name and meaning is the progression of our salvation experience. He saw our misery and heard our cry. We became attached to him and praised him as a result. We were vindicated by God yet not without a struggle. When we endured the struggles that came we were blessed with good fortune and happiness in our celebration of victory. God rewarded us and honored us for our faithfulness as wisdom was added to our lives. All of this is discovered in Christ who died on the cross and in the midst of great trouble the Father reached down saying He would be seated at His right hand alive and well.

1 Pet 2:9-10 But you are a chosen people, a royal priesthood, a holy nation, a people belonging to God, that you may declare the praises of him who called you out of darkness into his wonderful light. Once you were not a people, but now you are the people of God; once you had not received mercy, but now you have received mercy. NIV

You are not merely a carrier of the message – your mess is part of the message. This is the message of the cross and God is communicating this message to everybody around us. IF GOD CAN USE YOU THEN MAYBE THERE’S HOPE FOR ME. 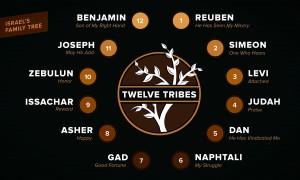