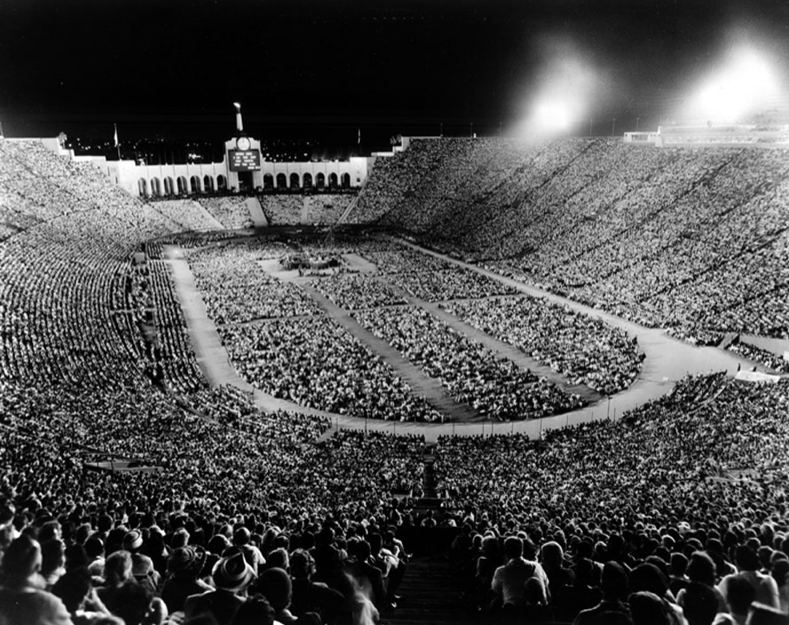 In 1945 Billy Graham, Chuck Templeton and Bron Clifford were all three evangelists who were attracting capacity crowds! Bron Clifford spoke with such influence and power at Baylor University that it is said that the students actually cut the ropes of the bells of the tower to remove any interference or distraction to his amazing ministry. By the age of 25, Bron Clifford set more attendance records than any clergyman in American history. By 1954, he had left his wife and his two children. He sold used cars in the Texas panhandle. Only nine years after being the most sought after preacher in the United States, Clifford was found dead in a cheap motel room outside Amarillo, Texas.

In the beginning of Chuck Templeton’s ministry he was being referenced as the most gifted preacher in America. He and Billy Graham became close friends. Most thought Chuck Templeton would rise to the top. Templeton hosted a weekly religious television show on CBS, Look Up and Live, in the early 1950s. Things changed in Templeton’s heart and life and in 1957 he declared himself an agnostic. He died in 2001 at the age of 86, shortly after he wrote his book: Farewell to God.

Today, 2/21/18, news has broken that this morning Billy Graham has died. Our world has been greatly impacted by Graham’s willingness to stay the course in an attitude of faith as he embraced and expressed the eternal values of God to our world. May we all dig deep and find the strength that God has deposited within us to rise above every adversarial situation that tries to tackle our perspectives.

2 Thess 3:5 May the Lord direct your hearts into God’s love and Christ’s perseverance. (NIV)

Ps 118:13-14 I was pushed back and about to fall, but the Lord helped me. The Lord is my strength and my defense; he has become my salvation. NIV

Hab 2:4 “…the person in right standing before God through loyal and steady believing is fully alive, really alive.” MSG

1 Thes 1:4 The Holy Spirit put steel in your convictions. MSG

Ps 119:175 Invigorate my soul so I can praise you well, use your decrees to put iron in my soul. MSG

Lam 3:28-29 When life is heavy and hard to take, go off by yourself. Enter the silence. Bow in prayer. Don’t ask questions: wait for hope to appear. MSG

One Comment on “Finish Strong – A Tribute To Billy Graham”