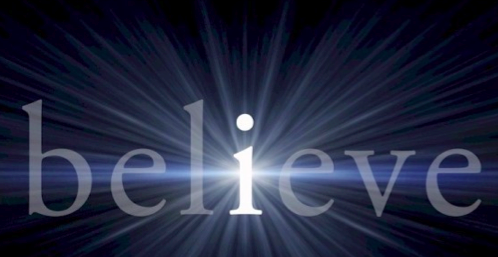 Faith is really not an option in any area of life. On a cellular level there is so much activity taking place on such a micro level that we don’t even understand a fraction of what’s going on. As we broaden our focus out into the galaxies there seems to be infinite possibilities of what is taking place so far beyond us it’s unimaginable.

We live in a world that requires a look beyond what we can comprehend for understanding. This is the case in the natural and beyond the natural as we consider the eternal.

Rom 1:20 For since the creation of the world God’s invisible qualities–his eternal power and divine nature–have been clearly seen, being understood from what has been made, so that men are without excuse.

The earth had a very different atmosphere in it’s original state of creation. The atmosphere can be likened to that which is now produced in a hyperbaric chamber.

Secular scientists agree that the earth’s atmosphere was once seemingly tropical having tropical plants in the North Pole. The truth is that the entire earth was an Eden atmosphere before the fall of mankind.

God created life to thrive in this oxygen-enriched environment of moisture that produced an atmosphere which would enable reptilian flyers to fly as they could not fly in today’s atmosphere.

What happened to this atmosphere? The Bible records a world wide flood which would have had catastrophic effects in more ways than we could have imagined. You might notice that Noah got drunk just after finding land after the flood. Alcohol has a greater effect on a person in higher elevations or atmospheres with less oxygen. Perhaps this is an explanation of this occurrence. Obviously the climate had changed.

Hyperbaric chambers recreate this atmosphere where there is 3 x’s the pressure and 3 x’s the oxygen.

In this environment a tomato plant was documented over six months producing 13,000 tomatoes growing more than 30 feet high. Read more about these hyperbaric chambers at http://genesispark.com/genpark/exper/exper.htm. Plants and people were designed by God to live in this original environment.

Scientists are having to contend with an increasing amount of evidence that challenges traditional evolutionary ideas. In 2005 the academic world was stunned when one of the leading atheistic philosophers of the world, Dr. Anthony Flew, declared to the world that he could no longer consider himself an atheist. After examining the complexity of the DNA molecule in the human cell and recognizing the enormous odds for the exact bio-chemical elements to come together by chance, he stated that it was intellectually impossible to be an atheist.

Laminin is a cohesion protein. Simply put it keeps our bodies from falling apart on a molecular level. It holds us all together.

Colossians 1:17 He is before all things, and in him all things hold together.

Ps 139:14 I will give thanks to Thee, for I am fearfully and wonderfully made… (NAS)

Nelson Glueck, renowned Archaeologist, “It may be stated categorically that no archaeological discovery has ever controverted a biblical reference.”

God inspired a man named Isaiah to declare in 700 B.C. in Isa 44:28 that a man named Cyrus would give a command to rebuild the temple.

PROBLEM #2: Cyrus wasn’t even born at the time of this prophecy in 700B.C. It wasn’t until 539 B.C. that a Persian King named Cyrus, just as was predicted, gave this command. This didn’t take place until 161 yrs after the prophecy had been given.

HOW CAN THIS BE?!? Even the most skeptical person must admit that there are some things that the natural mind simply cannot explain.

We were designed with our need for Christ encoded into our lives.

Zech 9:9 Rejoice greatly, O Daughter of Zion! Shout, Daughter of Jerusalem! See, your king comes to you, righteous and having salvation, gentle and riding on a donkey, on a colt, the foal of a donkey. (NIV) – Custom for a king to be received as he was riding on a donkey expressing humility and relation to the least members of society.

To whom is this referring? – If you’re a Christian you’d say that is references Jesus Christ and His grand entrance into Jerusalem on a donkey on Palm Sunday in 32 A.D.

Understand that the original language is Hebrew. Interestingly if you take the original text and count every 22 letters you actually find a name encoded by the hand of God….the name….Yeshua – Hebrew for Jesus!

Dan 9:24-25 “The Lord has commanded 490 years of further punishment upon Jerusalem and your people. Then at last they will learn to stay away from sin, and their guilt will be cleansed; then the kingdom of everlasting righteousness will begin, and the Most Holy Place (in the Temple) will be rededicated, as the prophets have declared. 25      Now listen! It will be 49 years plus 434 years from the time the command is given to rebuild Jerusalem until the Anointed One comes! Jerusalem’s streets and walls will be rebuilt despite the perilous times. (TLB)

Notice that Daniel specifically states that it will be 49 years + 434 years = HOW MANY YEARS? – GIVE BOOK = 483 years from the time the command is given to rebuild Jerusalem until the Anointed One comes. Who is the anointed one? This references the Messiah. Who is the Messiah? This is where this prophetic scripture gets very specific and leaves little room for discussion.

The sacred Year known to the Jews as 360 day year based on the account of Noah and the five months (150 days) of water prevailing upon the earth. Gen chapters 7 & 8. Daniel stated it would be 483 years. If you do the math you’ll find that 483 years of 360 day years will total HOW MUCH? GIVE BOOK HERE = 173,880 days. According to this prophesy in Daniel 9:24 there would be a command to rebuild the temple and this command would set a prophetic alarm clock into motion that would introduce the Messiah 173,880 days after the command was given.

Ezra 7 tells the story of when this commandment came forth to restore and to build Jerusalam.

Ezra 7:12-13   “Artaxerxes, king of kings, to Ezra the priest, the scribe of the law of the God of heaven, perfect {peace.} And now 13      I have issued a decree that any of the people of Israel and their priests and the Levites in my kingdom who are willing to go to Jerusalem, may go with you. (NAS)

The first of the fifth month according to the Jewish calendar would be 1st day of the month of Nissan. In our calendar this would be March 14th 445 B.C. If you take March 14th of 445 B.C. and add to that day the 173,880 days you will be able to come up with a very specific date in history – SIGNIFICANT? Remember that this is the date when Daniel prophesied the Messiah would be revealed. If you walk this out on a calendar you will land on a Sunday

The song all the people were singing was a very commonly known song “Hosanna – blessed is he who comes in the name of the Lord”. This was the song they would sing to welcome their king. There are 456 prophecies of the first coming of the Messiah. All 456 prophecies were fulfilled in Jesus Christ.

Peter W. Stoner, professor of mathematics for many years at Westmont College, would have his advanced math classes to apply the laws of probability to the prophecies of the first coming of the Jewish Messiah.

Their conclusions: If you took just 8 of the 332 prophecies and applied the law of probability to these 8, the odds of these 8 happening by chance is 1 in 10 to the 17th power.

Examine a comparable event. Covered entire surface area of TX w a 2 feet stack of coins. The odds are the same if you could somehow land in Texas at just the right spot to select the right coin out of all the coins stacked two feet high across the entire state.