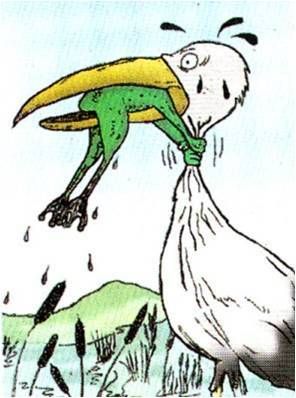 It’s really tough to make progress at anything if you just keep on quitting every time it’s not easy.

The Five Deals speak of a common progression we all face in reshaping expectation helping us see things through. Every marriage, every ministry, every new job, etc all have this explainable and understandable progression.

With Jesus it was something like this. “Good Deal” The Messiah has come! “Bad Deal” He is born in some stable! “Raw Deal” Jesus is rejected from the people who had been waiting for his arrival. “No Deal” these people kill Jesus! “New Deal” Jesus is resurrected with new life and power for us all!

Noah probably responded to God “Good Deal” we’re going to build a boat! “Bad Deal” this is a lot of work! “Raw Deal” these people are mocking me and my family. “No Deal” after all this work and not a cloud in the sky. “New Deal” the rain comes and Noah fathers the only surviving humanity.

It always starts as a good deal and we are delighted to be moving in a certain direction overwhelmed with enthusiasm that is quietly laced with expectation. As soon as expectations aren’t met or enthusiasm is curbed because of unexpected demands or pressures as a result the good deal becomes the bad deal. Normally this causes us to then look critically at everything surrounding the situation easily maneuvering us into the raw deal. This is a critical stage because we can give up and call it all quits, which is the “no deal”, or we can endure and redefine our expectations from a more experienced standpoint. This revised position is where we discover the “new deal.”

If you think about any time you devoted yourself to something you knew God was asking of you it is easy to see this. “Good Deal” I’m excited about God’s plan! “Bad Deal” this isn’t exactly what I had in mind. “Raw Deal” I’m keenly aware of extra work this is taking from me and others don’t get it. “No Deal” this is where I have the choice to quit because it seems unfair. “New Deal” enduring beyond the point of importunity takes us to places of greater opportunity.

This progression is found in story form throughout the Bible:

Luke 8:22 One day Jesus said to his disciples, “Let’s go over to the other side of the lake.” So they got into a boat and set out. (NIV)

“Good Deal” Jesus invites the disciples to go to the other side of the lake with the King of kings and the Lord of lords!

“Bad Deal” This isn’t what we expected! It looks like a storm is brewing and Jesus is asleep!

Luke 8:23 As they sailed, he fell asleep. A squall came down on the lake, so that the boat was being swamped, and they were in great danger.

“Raw Deal” the King of kings is in this boat sleeping and we’re having to bail all the water out. We’re doing all the work and this isn’t fair. Jesus doesn’t even care about us!

“No Deal” It’s over! Let’s just wake up Jesus so we can die. We’re going to drown!

Luke 8:24 The disciples went and woke him, saying, “Master, Master, we’re going to drown!” He got up and rebuked the wind and the raging waters; the storm subsided, and all was calm.

Luke 8:25 “Where is your faith?” he asked his disciples. In fear and amazement they asked one another, “Who is this? He commands even the winds and the water, and they obey him.”

“New Deal” We just wanted help bailing water before we all died. Jesus wakes up and calms the entire storm!

God’s plan is bigger than you or I can imagine. We must always remember that the new deal usually doesn’t arrive until after we’ve walked through the no deal.

Gal 6:9-10 Let us not become weary in doing good, for at the proper time we will reap a harvest if we do not give up. Therefore, as we have opportunity let us do good to all people, especially to those who belong to the family of believers.

The New Deal is so much better than you can imagine. But you will be stretched! Two things about the way God stretches us: 1. It’s not as far as you fear but 2. It’s further than you think you can go.

Jeremiah 29:11 For I know the plans I have for you, declares the Lord, plans to prosper you and not to harm you, plans to give you hope and a future.