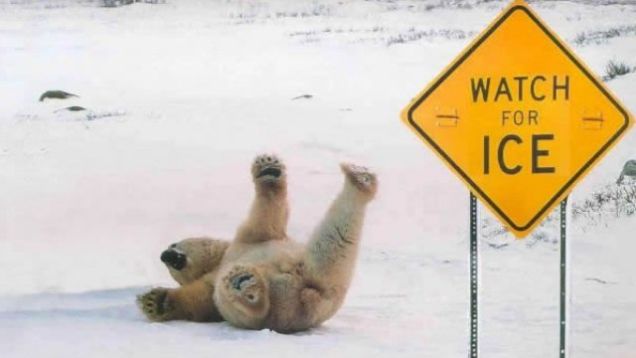 If you want to avoid falling under criticism just hide from your critics and never try to walk on the ice. Playing it safe and being careful not to do anything will help you never to be noticed. If you don’t say anything and don’t do anything then you won’t be anything anybody looks at or criticizes. The problem is that you were born for something so settling for nothing will be unbearably worse than being criticized.

Recently I made a statement to our team as we looked at the extremely busy six weeks ahead, “Motion produces friction.” This was my way of preparing everybody to realize that the more motion we have in many directions the more likely it will be that we experience frustration with each other as a church family.

We’ve endearingly referenced a phrase in the past that reminds us how much we value being a church family that is constantly on the go. The phrase, “poop in the manger”.  Proverbs addresses this as it references the value of a clean manger comparing to the greater value of having an ox even though you have to clean up the crap that comes with it.

Prov 14:4 Where no oxen are, the manger is clean, but much increase {comes} by the strength of ox. NAS

It’s just not worth it to have a clean manger if nobody is being changed and fruitfulness is not the norm. Beware, if you decide to take the risk of making an impact there will be critics who will notice your motion. Once you make motion you’ll get attention and not all of it will be good.

If you forget that it’s not about you then you will crumble under criticism. If you are going to call the shots you are going to take the shots. The most blessed leaders WILL be criticized and many times that criticism comes from believers rather than unbelievers.

“Any fool can criticize, condemn & complain – and most fools do.” ~Benjamin Franklin

Rom 2:1 “…Every time you criticize someone, you condemn yourself. It takes one to know one. Judgmental criticism of others is a well-known way of escaping detection in your own crimes and misdemeanors.” (Message)

Gossip is a symptom of an unfulfilled, boring life. The only way you can focus on my life is because there is nothing happening in yours!

INVESTMENT CLASS: Five Destiny Seniors who read this and posts a comment reiterating something they read from this post receives $50k

6 Comments on “Motion Gets Attention”