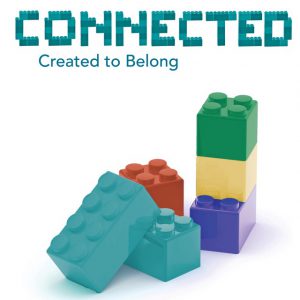 We all came into this world connected to somebody. That connection was more than an umbilical cord. We were created in the image of Trinity/Community God with a deep longing for community and to belong.

Acts 20:32 …our marvelous God whose gracious Word can make you into what he wants you to be and give you everything you could possibly need in this community of holy friends. (The Message Bible)

For years Monterey, CA, was a pelican’s paradise. As the fishermen cleaned their fish, the birds feasted on all that was left over. The birds became fat and lazy having grown dependent upon the fishermen’s continued practices.

Eventually these scraps were utilized and the practice of feeding the pelicans ceased. No longer in the practice of fishing for themselves many starved to death. New pelicans were imported from the south and placed among their starving relatives. These new arrivals immediately started catching fish. The process of mentoring had begun and before long the famine was ended.

Build a circle to break a cycle. God’s plan for our lives is a community plan. Jesus came into the earth declaring that God was our Father and God’s children were our brothers and sisters. He brought the greatest revelation of family and community the world had ever known. When he taught the disciples to pray he told them to use words like “Our Father”, “Give us this day”, “Our daily bread”, “Forgive us”, “our debts”, “as we forgive.”

There are dangerous attitudes of disconnection from the church in our world today. It has become somewhat fashionable to be independent holding critical views of the church. As long as pastors are blaming people and people are blaming pastors hostility hinders health and progress.

“Studies performed by Ronald Glaser, of the Ohio State University College of Medicine, and psychologist Janice Kiecolt-Glaser investigated the effect that stress associated with marital strife has on the healing of wounds, a significant marker of genetic activation. The researchers created small suction blisters on the skin of married test subjects, after which each couple was instructed to have a neutral discussion for half an hour. For the next three weeks, the researchers then monitored the production of three of the proteins that our bodies produce in association with wound healing.”

We are designed for healthy, loving, nurturing, gracious and forgiving relationships. It’s human to make a mistake. It’s divine to overlook the offense and stay the course with the connection. From the very beginning God revealed that it is not good for man to be alone! We are called to each other and are part of each other’s destiny.

Rom 12:4-5 For just as we have many members in one body and all the members do not have the same function, so we, who are many, are one body in Christ, and individually members one of another. (NAS)

Rom 12:4 In this way we are like the various parts of a human body. Each part gets its meaning from the body as a whole, not the other way around. (Message)

Christianity and the church are inseparable. You are lacking purpose and violating your design if you are not a contributing part of a local church family. We are all part of the universal church. We are also part of universal humanity but we have a local family into which we were born which is imperfect.

A family is functional and healthy when each member of the family becomes a servant. A family is dysfunctional and unhealthy when members of the family become selfish. Together we make our family a wonderful place as we serve by putting away dishes, preparing for guests and helping each other along the journey. If church has never felt like family to you perhaps it’s because you’ve never really served there.