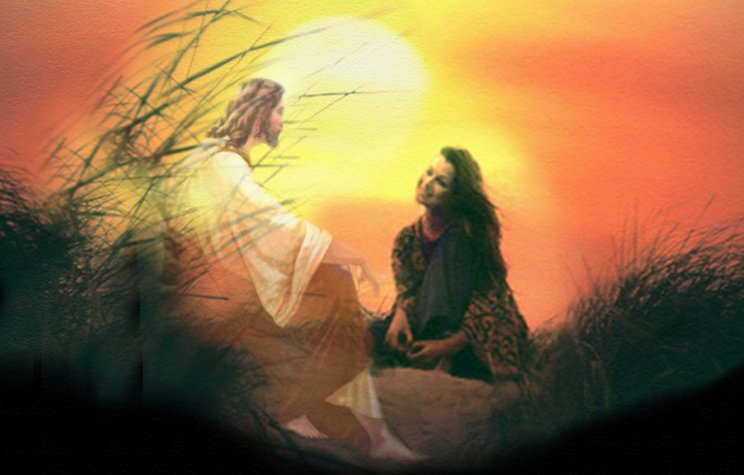 When God introduced Himself personally to our world He introduced Himself as “The Word.” Obviously He’s a very conversational God! Prayer isn’t committing to say certain things before God. Prayer is conversation with God drawing near to his heart. Relaxing in God’s presence is an important part of being able to embrace what He desires to reveal

Talking too much is a terrible habit in general. Mark Twain said, “Noise proves nothing. Often a hen who has merely laid an egg cackles as if she had just laid an asteroid.” Talk is cheap in our world because supply exceeds demand.

Matt 25:14-15 “Again, it will be like a man going on a journey, who called his servants and entrusted his property to them. To one he gave five talents of money, to another two talents, and to another one talent, each according to his ability. Then he went on his journey. NIV

It’s interesting to me that reading on reveals how the first two servants doubled their investments and said so in just thirteen words. However the third servant, who accomplished nothing, gave his report with more than three times the amount of explanation using 43 words.

When your conscience is at ease you don’t feel the need to explain. As a Principal years ago I can easily recall the nervous chatter that would erupt from students when they knew they’d been caught doing something they shouldn’t. Distractions, blame-shifting and explanations would bubble out like a spewing bottle of root beer. As long as we see God as this distant and angry authoritarian we’ll never relax in his presence and experience living conversation.

Ex 33:11 The LORD would speak to Moses face to face, as a man speaks with his friend… NIV

Is this possible for us? Many Christians don’t let the Bible get in the way of what they’ve decided to believe. The Bible clearly tells us how intimate conversation is God’s plan for relationship with mankind.

Isa 30:21 Your ears will hear a word behind you, “This is the way, walk in it,” whenever you turn to the right or to the left. NAS

There was a massive tsunami 12/26/04 was triggered by a magnitude 9 Indian Ocean earthquake killing more than 150,000 people in a dozen countries. National Geographic recently did a report on how just before this took place elephants screamed and ran for higher ground. Dogs refused to go outdoors. Flamingos abandoned their low-lying breeding areas. Regardless of your explanation the reality exists that there is more to our world than meets the eye.

Isa 42:9 See, the former things have taken place, new things I declare; before they spring into being I announce them to you. NIV

CBS News reports that the average American experiences as many as 5,000 advertisements, or announcements, every day . It’s very easy to become numb to the announcements in our culture. Certainly this is the case with God’s announcements. We are so distracted or entertained that we can’t even hear his voice. When I was a boy I would be so engrossed in a movie that my parents struggled to get my attention. Now my children do the same thing. Perhaps this has been an issue with God and his children throughout the ages!

John 16:13 “But when He, the Spirit of truth, comes, He will guide you into all the truth; for He will not speak on His own initiative, but whatever He hears, He will speak; and He will disclose to you what is to come. (NAS)

Here are some awesome verses that I have found over the years that have spoken to me about how much God loves to have conversation with us:

Isa 46:9-10 And don’t forget the many times I clearly told you what was going to happen in the future. For I am God– I only– and there is no other like me 10 who can tell you what is going to happen. All I say will come to pass, for I do whatever I wish. (TLB)

Isa 50:4 The Lord GOD has given me the tongue of disciples, that I may know how to sustain the weary one with a word. He awakens {me} morning by morning, He awakens My ear to listen as a disciple. (NAS)

Amos 3:7 Surely the Lord GOD does nothing Unless He reveals His secret counsel To His servants…

Isa 49:2 And He has made My mouth like a sharp sword; in the shadow of His hand He has concealed me, and He has also made me a select arrow; He has hidden me in His quiver. (NAS)

Exod 19:9 The LORD said to Moses, “I am going to come to you in a dense cloud, so that the people will hear me speaking with you and will always put their trust in you.” Then Moses told the LORD what the people had said. (NIV)

Joel 2:28 “…I will pour out My Spirit on all mankind; and your sons and daughters will prophesy, your old men will dream dreams, your young men will see visions. (NAS)

1 Cor 2:12 We have not received the spirit of the world but the Spirit who is from God, that we may understand what God has freely given us.

Eccl 3:11 “…He has also set eternity in their heart…” (NAS) This world = discontent. You were designed to live and speak in another world or realm.

Isa 54:13 All your sons will be taught by the LORD, and great will be your children’s peace. (NIV)

1 Cor 4:1 So then, men ought to regard us as servants of Christ and as those entrusted with the secret things of God. (NIV)

Isa 44:7 Who else can tell you what is going to happen in the days ahead? Let them tell you if they can and prove their power. Let them do as I have done since ancient times.