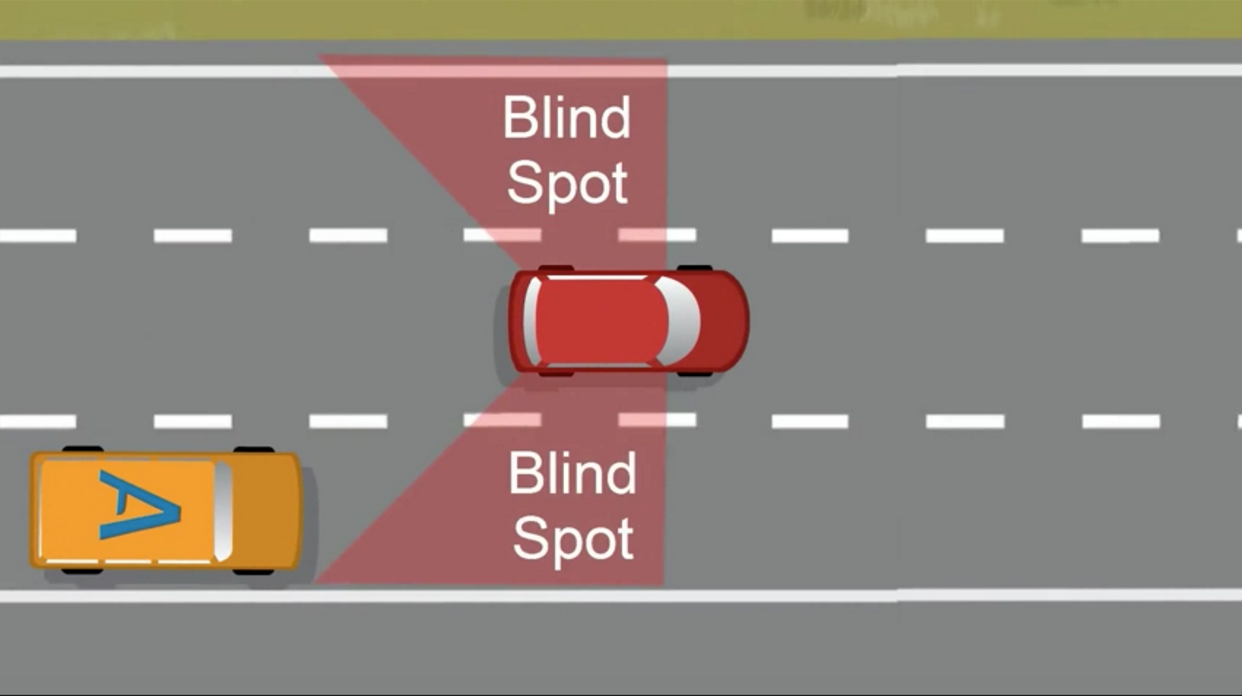 The nature of a blind spot is that you look in that direction but still don’t see it. This is why we need lines of accountability and faithful friends who will tell us the truth in love. Paul makes it clear that a clear conscience alone is not what makes us innocent.

1 Cor 4:4 My conscience is clear, but that does not make me innocent. It is the Lord who judges me.

Some people go through life causing trauma because of their blind spot and wonder why others don’t seem to get it. People can have a relational blind spot and they cannot see the collision coming to their life while you can see it a mile away. They’re many times offended when you say what you see because they looked in that direction and didn’t see it.

Blind spots breed around familiarity. The closer we are to it the lesser we see it with accuracy. Familiarity produces blindness. Many programs have come out giving talented people the opportunity to try out and hopefully make the show. Families have complained about the judges who tell the truth about their child who can’t sing. They’ve been watching their little girl do the Shirley Temple thing since she was 3 yrs old. When their 18 yr old daughter starts to sing they see their little girl who they are so proud of.

When a blind spot takes on an emotional life it becomes almost impossible to track.

2 Sam 19:1-8 Joab was told, “The king is weeping and mourning over Absalom.” So the victory of that day was turned to mourning as far as all the people were concerned. For the people heard on that day, “The king is grieved over his son.” That day the people stole away to go to the city the way people who are embarrassed steal away in fleeing from battle. The king covered his face and cried out loudly,   “My son, Absalom! Absalom, my son, my son!” So Joab visited   the king at his home. He said, “Today you have embarrassed all your servants who have saved your life this day, as well as the lives of your sons, your daughters, your wives, and your concubines. You seem to love your enemies and hate your friends! For you have as much as declared today that leaders and servants don’t matter to you. I realize now that if Absalom were alive and all of us were dead today, it would be all right with you. So get up now and go out and give some encouragement to   your servants. For I swear by the Lord that if you don’t go out there, not a single man will stay here with you tonight! This disaster will be worse for you than any disaster that has overtaken you from your youth right to the present time!” So the king got up and sat at the city gate. When all the people were informed that the king was sitting at the city gate, they   all came before him.

Normally David would have been asking upon their return about how the troops were and what the damage was. Instead David is in a blind spot only inquiring with them about Absalom.   The root of this blind spot was his natural affection toward his son.

Jesus loved Martha but he wasn’t willing to keep the truth from her because he was affectionately connected to Jesus. He said to Martha – you are a drama queen and you are focusing on issues that aren’t even important to me. I never asked you to prepare a meal for me.

Peter had a huge blind spot to the Gentiles. Because of his Jewish software he wasn’t able to see this properly. It wasn’t until years later where Peter was on the roof and God gave him a huge experience. Paul said that he confronted Peter because his hypocrisy was terrible. Peter stands and says I now realize how true it is that God is no respecter of people but that he accepts all men. After 3 years with Jesus watching him reach these non-Jewish people and he is just now realizing this!!! Peter had revelation about who the Son of God is but he didn’t have a clue about how this engaged in his world – most of us today.